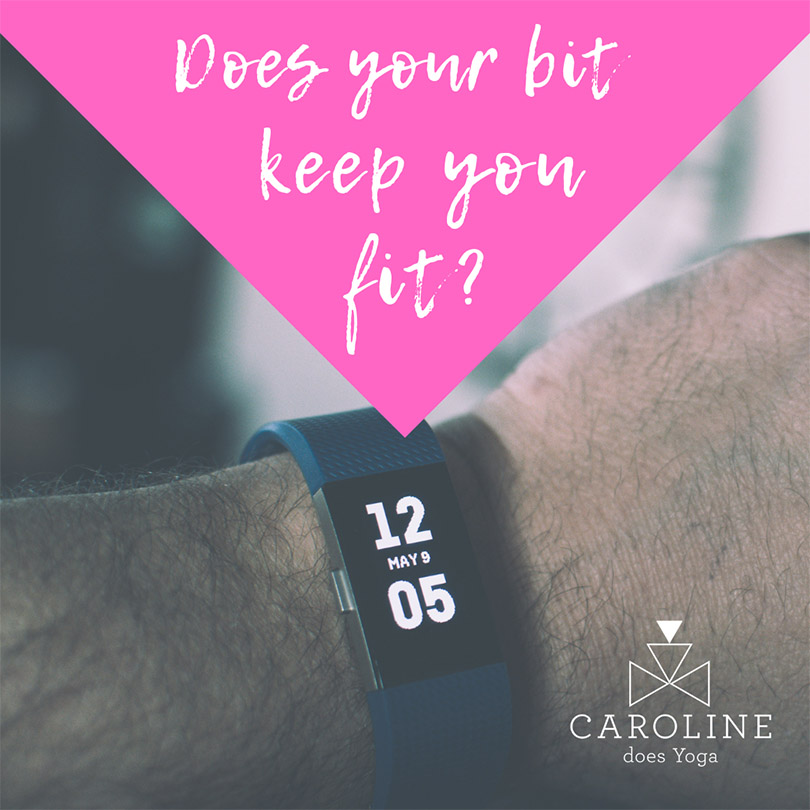 When I was asked to write for the wellbeing section of a tech magazine I only had to think for a split second before I said ‘I want to write about fitness trackers!’ The puzzled editor at the end of the phone slowly replied ‘Right…ok, well …why?’

‘Because I know I should NEVER buy one. It would be detrimental to my wellbeing.’

This is probably against all the reasons a tech magazine exists, but my motivation isn’t to discourage other people from buying them; in a sea of posts from strava on my newsfeed, I wanted to find out who they were helping and why.

I have a special kind of personality type with a mixture of obsessive compulsive, overly ambitious and self-deprecating traits. When used for good, these qualities mean I achieve, excel even, but this combination has led to burn-out in the past and it’s taken many years of self-exploration to identify which situations I should avoid.

Wearing a fitness tracker for me would be like a carrot on a stick to not only achieve those aims set but smash them on a daily basis. However, if I didn’t reach these targets it would nag away at the back of my head, I would associate the missed target to an excess piece of flesh somewhere on my body, it would affect the way I saw myself in the mirror and certainly affect my mood.

To anyone who’s brain isn’t wired like mine, that just sounds over the top and unnecessary – and they’d be right. Unfortunately that is how my brain’s wired so I have to find other ways to avoid getting myself in the situation.

So – I wouldn’t buy a fitness watch just as someone with crippling anxiety shouldn’t become a lion tamer.

I did wonder though, how many other people felt this way. Whether the trackers were just good motivators and monitors for everyone else and I was in a minority. So I asked the question and some great stories came back.

There were so many people out there who used the watches as intended to track their training for marathons or cycle competitions – using the data in a scientific way to boost their performance.

For some, the watches had dragged them off the sofa to start the Couch to 5k challenge and gone on to achieve their fitness goals. People told me incredible stories of the technology turning their lives around like Anna who bought her Fitbit in May, has lost 5 stone and has started running.

For others, the hourly buzz to get them out of their desk chair was making a huge difference. I know I’ve been guilty of sitting for hours at work struggling to problem solve and ignoring my body’s needs – some of my best ideas have come to me while sitting on the loo after realising I’d needed a wee for hours. As soon as I stopped trying to force my focus and gave my mind a break the solution would just present itself.

It’s not for everyone though – nick named ‘the Mad Prof’, my Dad is an electronic engineer and inventor first, and an entrepreneur second. I’m sure he wouldn’t disagree with me if I said he wasn’t a natural athlete but he has recently become aware of the importance of movement and nutrition (perhaps as a result of nagging from his wife and three daughters…). A couple of years ago he announced he was going to buy a static bike to put in his home office. I cast my mind back to remember if I’d ever seen him cycle and drawing a blank, decided to buy him a fitness watch instead. I told him to turn on the feature that buzzed when he’d been sat down too long – my theory being, if he could get up and walk around the office once an hour perhaps the bike would do more than gather dust and annoy my step-mum. I interviewed Dad for this very article and my suspicions were correct: ‘It was interesting to see how many steps it was to the coffee shop, but I turned that annoying buzzing thing off – it kept interrupting my work.’

When I explained this feature to my tech-averse Mum she said, ‘I can tell when I need to stand up because my bum hurts!’

For Catherine, a busy mum, her watch reassured her that being a teacher, running around after her daughters and dog on top of doing housework meant that her ‘exercise’ was just part of her daily routine.

Another busy mother told me her watch had actually caused tendonitis as she pushed her buggy one-handed around the hilly parks of Glasgow to enable her watch-arm to swing freely and count the steps.

And I think this is the key to it. Many people, like my Mum, would wonder why we suddenly need technology to tell us how much exercise we should do after thousands of years of evolution. Until recently jobs would usually involve physical activity, or at the very least you would walk or cycle to the work place. Exercise had a purpose, a function, a useful part in our days. Farmers didn’t get back home, pry their wellies off in front of the Aga after 12 hours on the fells and think, ‘Right I better walk on the spot a bit to get myself up to 10,000 steps’.

Our lives are just so different now. With so many people in office jobs, movement is no longer part of our everyday lives. Exercise is a dirty word because it’s something we have to fit in on top of working so hard all day and getting home to manage home life. There aren’t enough hours in the day for some to achieve their basic health needs.

Fitting ‘movement’ back into our normal routine seems to be the best way – for me, becoming a Yoga Teacher last year means that I now leave my desk job on time and ‘move’ at least 9 times a week. It has been revolutionary for my fitness and wellbeing, not only do I feel better but I’m enabling others to do the same. I go into workplaces and enable staff members to fit yoga into their daily routine by coming together in a meeting room or the canteen to stretch and sometimes sweat a bit.

The overwhelming feedback is of improvement in people’s sleep – increasing focus, concentration and resilience, boosting their ability to cope with day-to-day problem solving. I have also observed that whether in the workplace or in a studio, classes are a great community building exercise – we’re all just coming together with a common goal to increase core strength, balance, flexibility and mental wellbeing. I’ve seen friendships blossom, attitudes shift and unbelievable progress in physical ability.