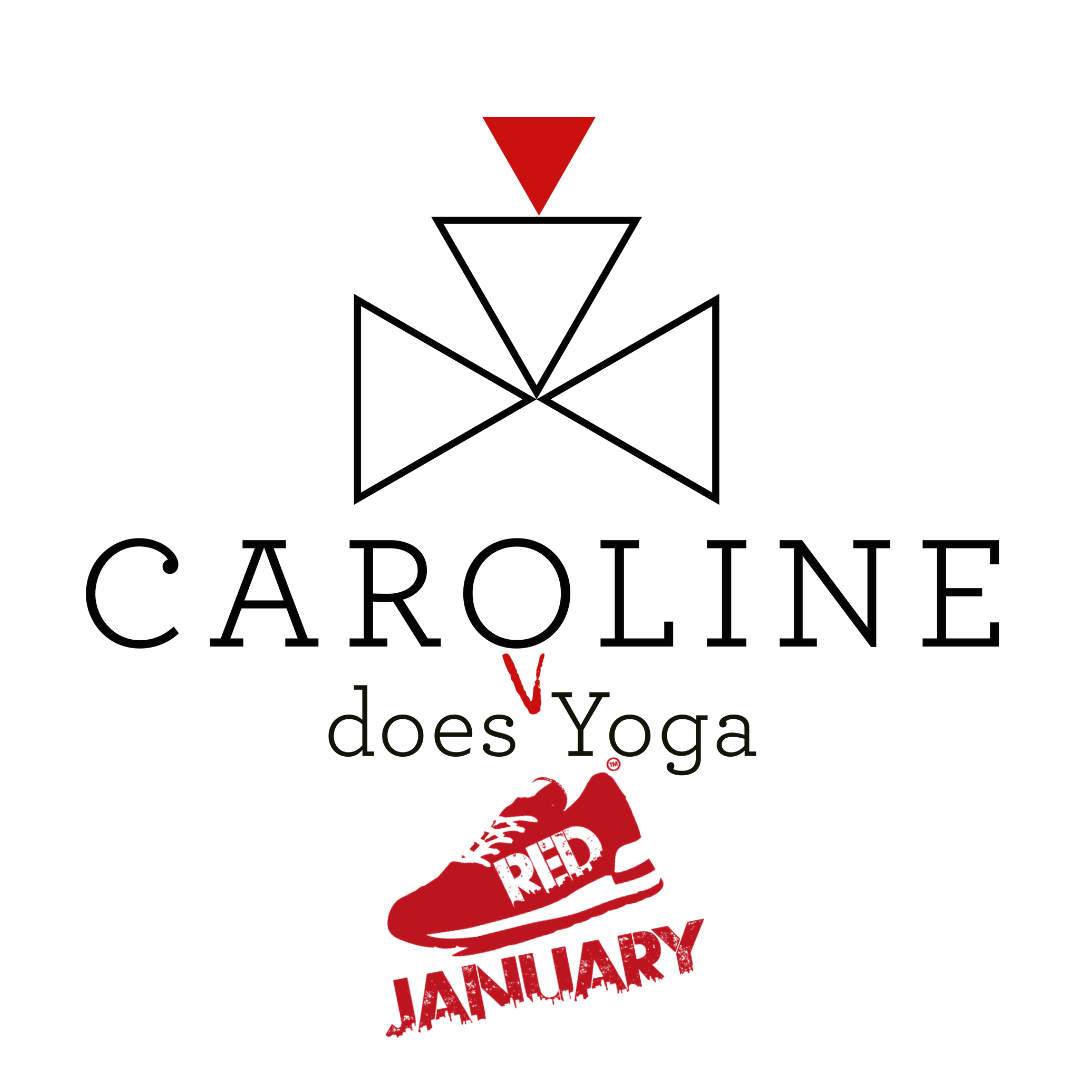 1st January 2019 marks exactly a year from my first official Yoga class as a freshly graduated teacher and I’m happy to say the folks in that room on that first day still show up week after week for a good chin wag and a bit of stretching.

I often get asked why I became a teacher and its really quite simple.

Yoga helped me when I was struggling with my mental health and I wanted to show others how it could help them.

My flagship class is ‘Yoga for Mental Wellbeing’ but really all yoga does the job – which I found out when I was recovering from Anorexia Nervosa.

Back in 2016 I’d just started a new exciting role in Community Engagement for a local branch of Mind in Cumbria and found myself, just 5 months in, at the National Mind Media Awards with the hoy polloi of figure heads in the mental health world. In our goody bags was a shiny leaflet advertising RED January – ‘promote your mental wellbeing by being active every day during January’ it read… Having just recruited a team of 5 to run the London Marathon in 2017, this seemed the perfect vehicle to get more of the community involved in a really accessible way.

RED January was heading into the second year of its campaign, lead by it’s visionary, Hannah Beecham. The campaign had begun on Facebook the year before and had been an overnight success – raising in the region of £20,000 for Mind.

Hannah and I spoke at length on the phone about the campaign and she had me hooked immediately – it was inspired by her experience of her mum’s struggle with depression and how working together on a shared fitness goal brought her leaps and bounds in her recovery (literally!). Hannah and I have since reminisced about this conversation – I was in my tiny flat in Kendal and she was sitting on the stairs in her old workplace – miles apart but connected by a common passion.

So the very first local RED January campaign was born. The Cumbrian community took to it immediately and it brought people together from all walks of life whether at our special Parkrun takeovers, online in the Facebook group or in offices across the county.

I wasn’t far enough in my recovery to run every day, so I chose to do yoga every day. Yoga every day for 31 days was enough – enough to make a difference not only to my physical fitness, but my mental wellbeing, confidence and overall happiness.

The stories that came back from other REDders around the county were inspirational. The RED effect was real.

So, taking a leaf from Hannah’s book, I decided I wanted to help spread the word and 2017 saw me take a huge leap in my personal journey as I completed my yoga teacher training in India just in time for RED January 2018.

By 1st January 2018 my first Yoga for Mental Wellbeing class took place. Yet again, the community around me got behind this incredible campaign and saw over £1million raised for mental health in the UK.

So here we are again – the scene is set for another record-breaking year, lead by one of the most inspiring women I’ve ever had the pleasure to meet.

So whether you’re going to run every day, cycle every day, swim, row, walk, jog, yoga, pilates, lift, Zumba, Clubbercise or all of the above, I can tell you – it’s worth it…

…and the beauty of it all is, you’re not alone. We’re all there right behind you, cheering you on, every step of the way.

Do Yoga Every Day with my on my Facebook page!